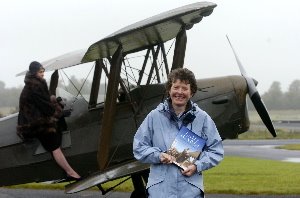 Lady Mary Heath from Newcastle West In Co Limerick was one of the best known aviators of the 1920s, a time when the entire world had gone “flying mad”, thanks to the exploits of Lindbergh and Earhart. Although her life was short, it was packed with adventure and incident, with her greatest achievement a three-month flight from Cape Town to London undertaken between January and March 1928. Not only that but she had survived the worst possible beginning in life when her crazed father murdered her mother. Lindie Naughton’s Lady Icarus (Ashfield Press, Dublin 2004) is the first full-length biography of a remarkable Irish woman. Available for €25 from good bookshops everywhere!
Posted by Lindie Naughton at 12:24 pm No comments: 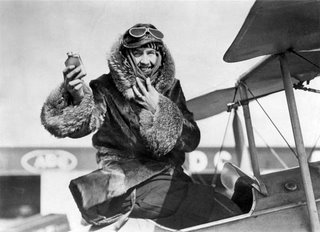 Extracts from "Lady Icarus" - a tale of murder, adventure and high romance.